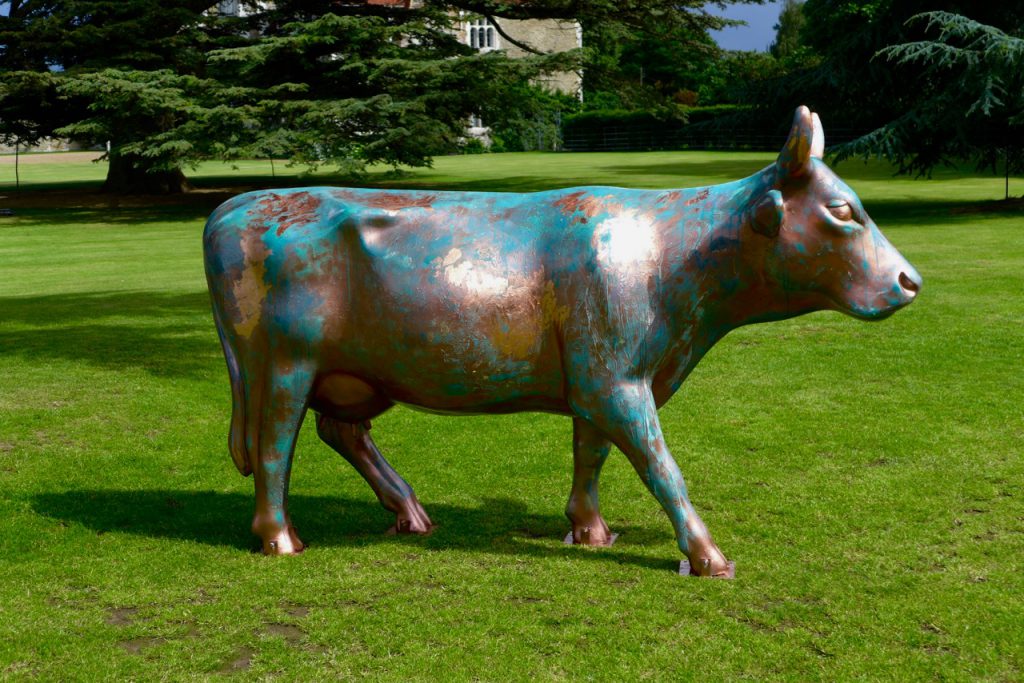 When Changing Perceptions at the Meath accepted the challenge to restore Cow Patina to her former glory, little did they know the 100 years of history behind her, and a tale of mystery and political scandal. 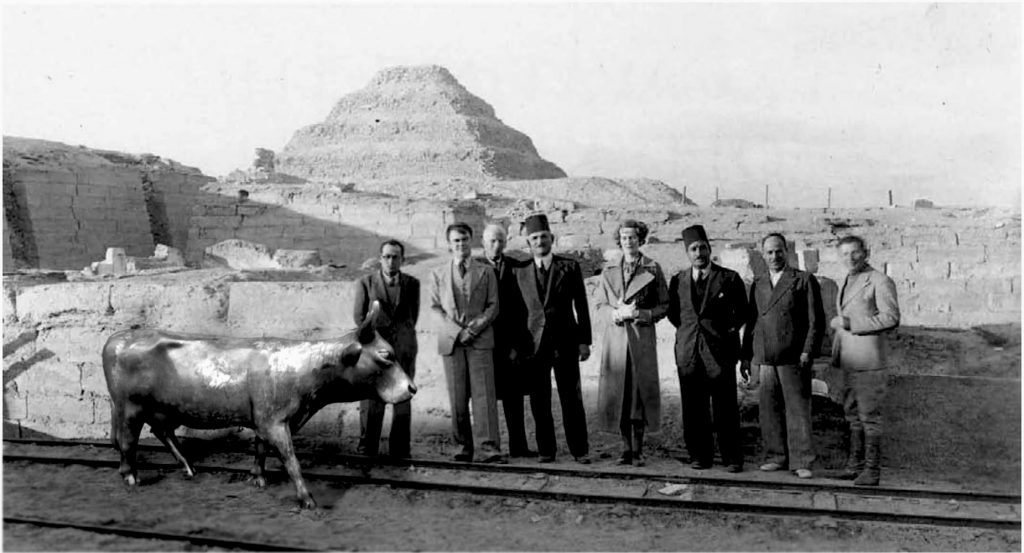 In 1916 Cow Patina was discovered buried outside the ante-chamber of the ancient tomb of Queen Patina – wife of King Veanetta of Egypt.   English philanthropist Major Quimby-Steele was first on the archaeological site and immediately recognised the historical significance, and value, of the 4 foot tall cow effigy. Under the cover of darkness he removed the cow from the tomb and arranged for it to be shipped out of Eqypt via the Port at Alexandria. 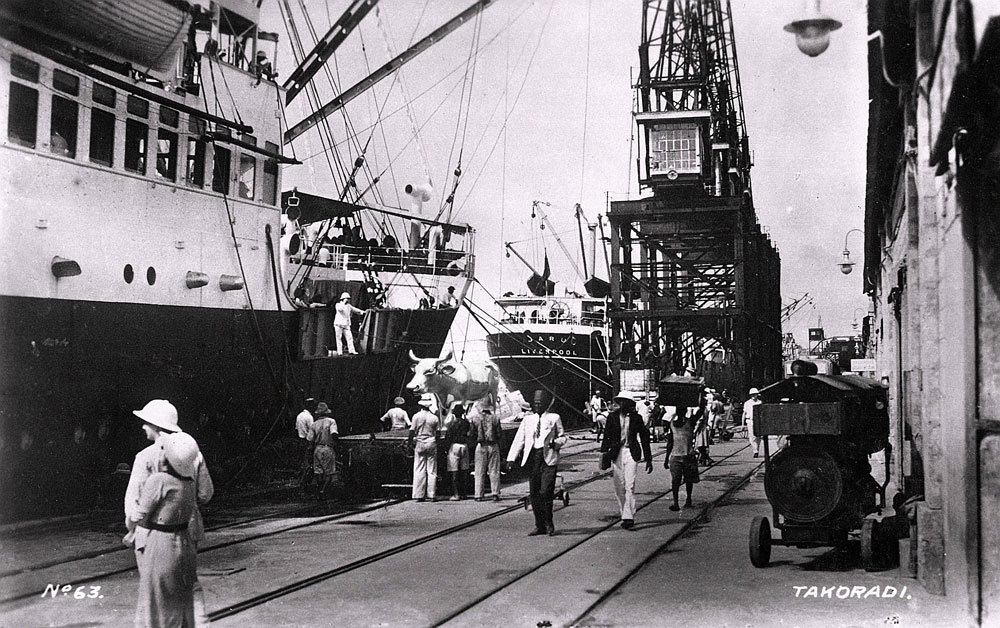 The only surviving photograph of the cow leaving Alexandria in 1917

To disguise it’s value, Cow Patina’s intricate copperwork and gilding was whitewashed.   Quimby-Steele hoped to avoid the potential political scandal of plundering national artefacts to furnish his own ambitions to add to his personal collections.

Its whereabouts from then were shrouded in mystery until Queen Patina’s Cow Effigy resurfaced 2 years later in an exhibition of Eqyptian artifacts at Enfield Palace in London – this time resplendent in her original decoration.   Quimby-Steele had distanced himself from speculation about the cow’s provenance and soon sold it on for an undisclosed sum, rumoured to be 30,000 guineas.   Patina’s Cow, as the British media had named her, then disappeared from public view. 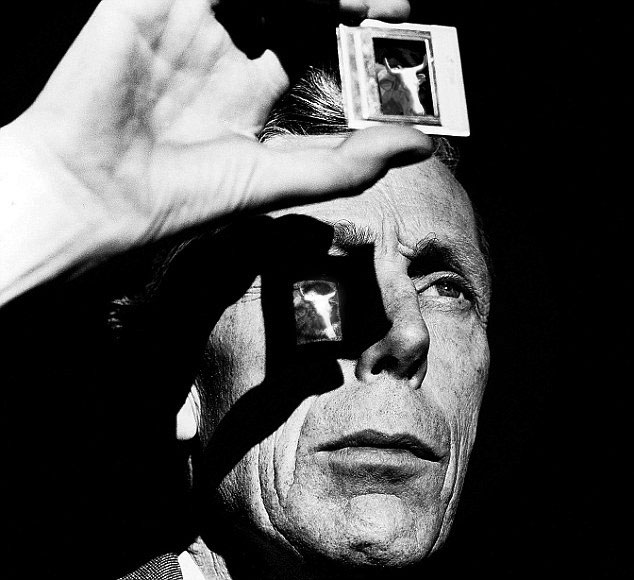 There are no known sightings of her for 50 years until a chance discovery by a journalist writing about Queen Elizabeth’s Art Collection.   Studying a portrait photograph of the Queen’s own Curator of Art revealed a photographic transparency in his hand – it was unmistakably Patina’s Cow.  Could the Cow be hidden in the Queen’s collection under Buckingham Palace?  Official sources would not be drawn on the question of ownership, but the speculation proved extremely embarrassing and subsequently the Curator of Art was forced to stand down and left the country to pursue other projects for “the good of the country”.  A plausible press cover story of him being a Russian spy obscured the real reason.

By 1962 Patina’s Cow was no longer news and was mysteriously moved to West London where she stood, unloved, in the prop warehouse of Shepperton Studios for many years. Apparently no-one knew of her true value nor historical and political significance.

In 1966 Patina’s Cow did have some fleeting fame as she appeared in two key scenes of the 2nd Dr. Who feature film – staring Peter Cushing.   Initial audience preview screenings were not favourable and the film was heavily re-edited and Patina’s Cow’s scenes were left on the cutting room floor.  The only documented evidence is this very rare PR photograph of Peter Cushing in a dramatic scene with Patina’s Cow and a Dalek.  Significantly this is the only evidence of the original decorative scheme for the cow – one which would prove to be invaluable in her restoration by Changing Perceptions 50 years later. 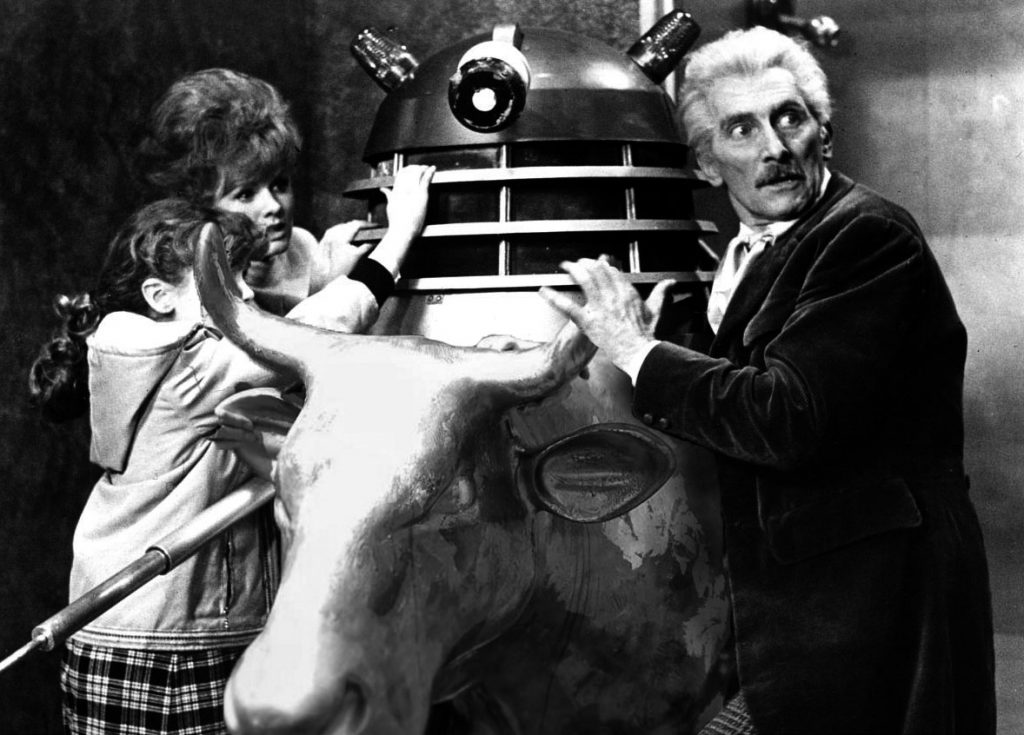 Patina’s Cow was then used as a prop in an ignominious parade of B movies and TV shorts, including Here Come the Double Deckers, and Ask Aspel.   Damage had occurred to her front legs when a stunt went wrong on the set of Ridley Scott’s Alien, and so her TV appearances were restricted to rear views and cameos – and she was last seen in Some Mother’s ‘Ave ‘Em in 1979. 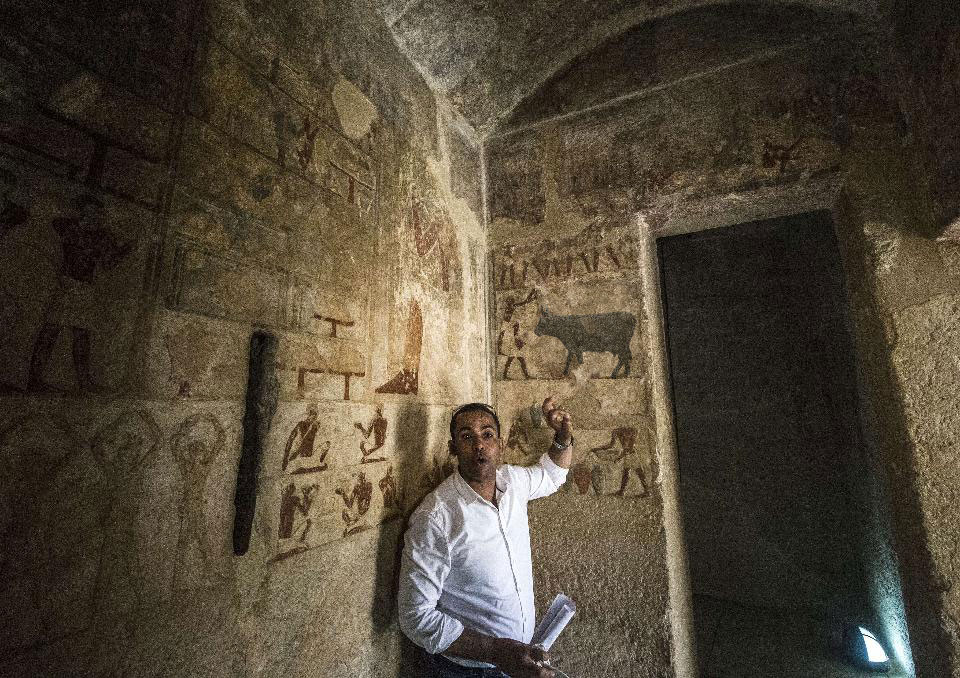 No-one knew that this was the lost plundered treasure from Queen Patina’s tomb – until a BBC2 Horizon programme exposed the 100 year trail of deception and evasion that protected the identity of the cow.

But this was too late to save Patina’s Cow.  In a twist of fate, 2 days before transmission of the documentary, fire broke out at Alexandra Palace and in the smouldering ruins of the theatre basement the blackened remains of Patina’s Cow was re-discovered… damaged and in desperate need of the hands of an expert…Finally in 2016 Patina’s Cow made her way to specialist antiquity restorers at Changing Perceptions in Godalming to be returned to her former glory. 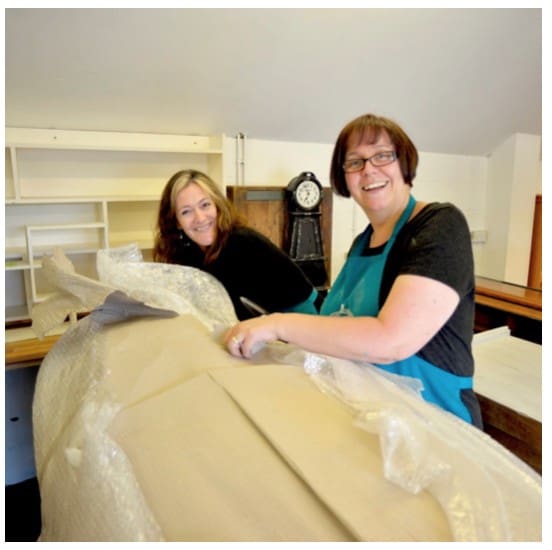 The team at “CP”, headed by Julia Osborne, worked tirelessly into the wee hours (except where it clashed with The Great British Sewing Bee) to prime, paint, gild, sand, and varnish. – and then they started work on the Cow.   Their techniques were developed in their state of the art furniture up-cycling workshop in the High Street.   The chalk paint used, in the Meath Epilepsy Charity’s corporate colours, provided a perfect compliment to the delicate copper leaf gilding. 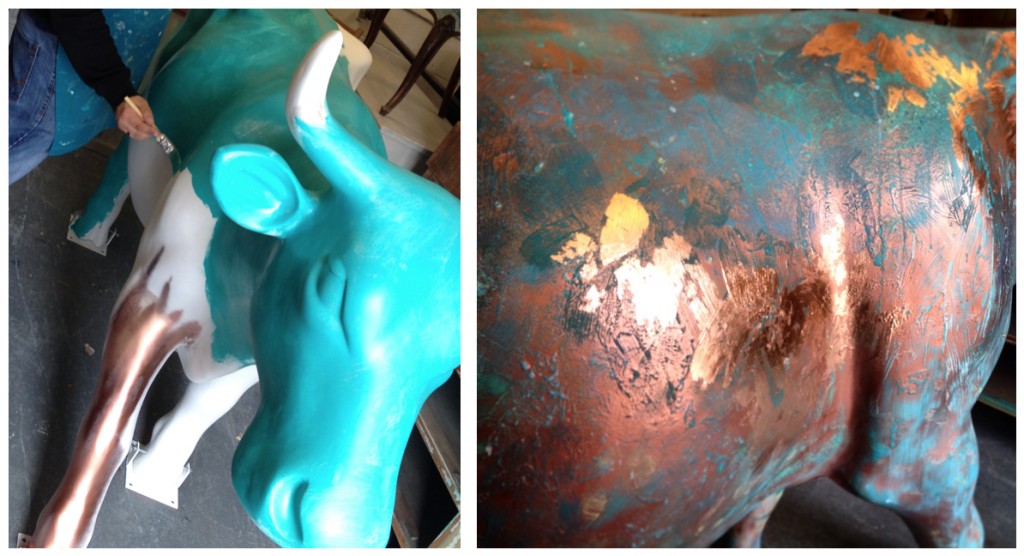 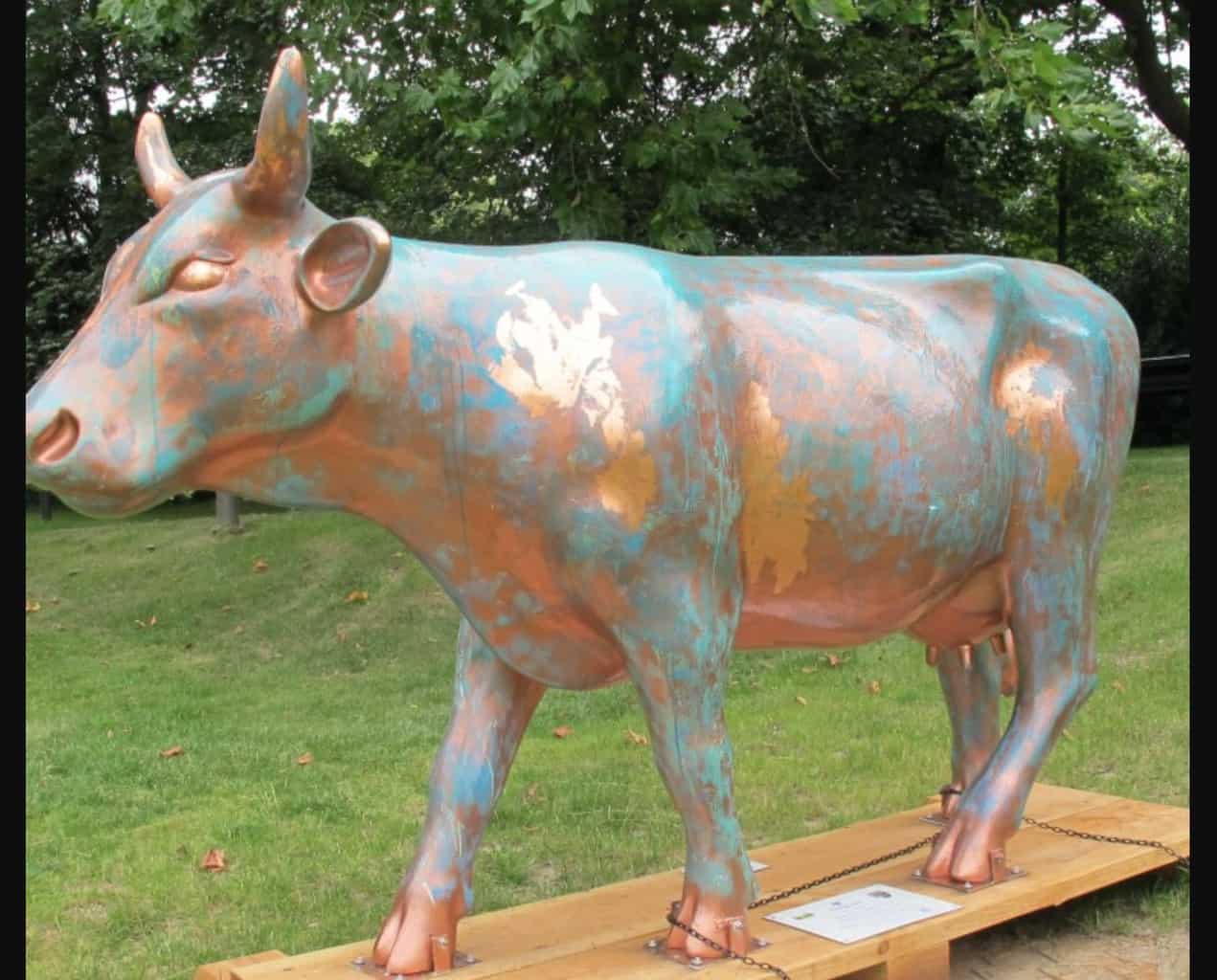 Their particular distressed-look design relied heavily on ancient blueprints, rudimentary hieroglyphs and an old copy of Farmer’s Weekly.  At the end of the three week’s work she looked like she had just been dug out of the ground after 400 years. 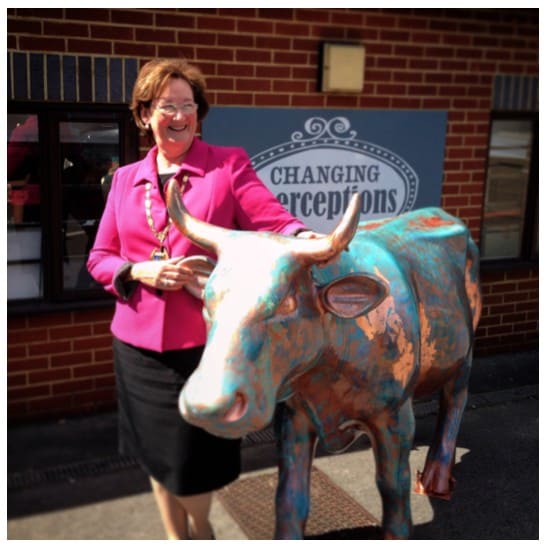 In time, Patina’s Cow was duly renamed Cow Patina – to be less possessive and provide better re-tweeting opportunities.   People came from far and wide to see the painstaking progress… many more came for the delicious cakes in the CP café.

Cow Patina will now be going on a summer tour of Surrey to allow the public to see her in her fully restored finery, before being auctioned off to the nicest home money can buy.

In another twist of fate, in 2017 Cow Patina was sold at auction for a not-inconsiderable sum to a private collector.  She was exhibited around Surrey for a few weeks but then mysteriously disappeared from public view.  One photograph reveals a tantalising glimpse of her, hidden on the top floor of The Lightbox cultural arts centre in Woking.  What could be her future now? 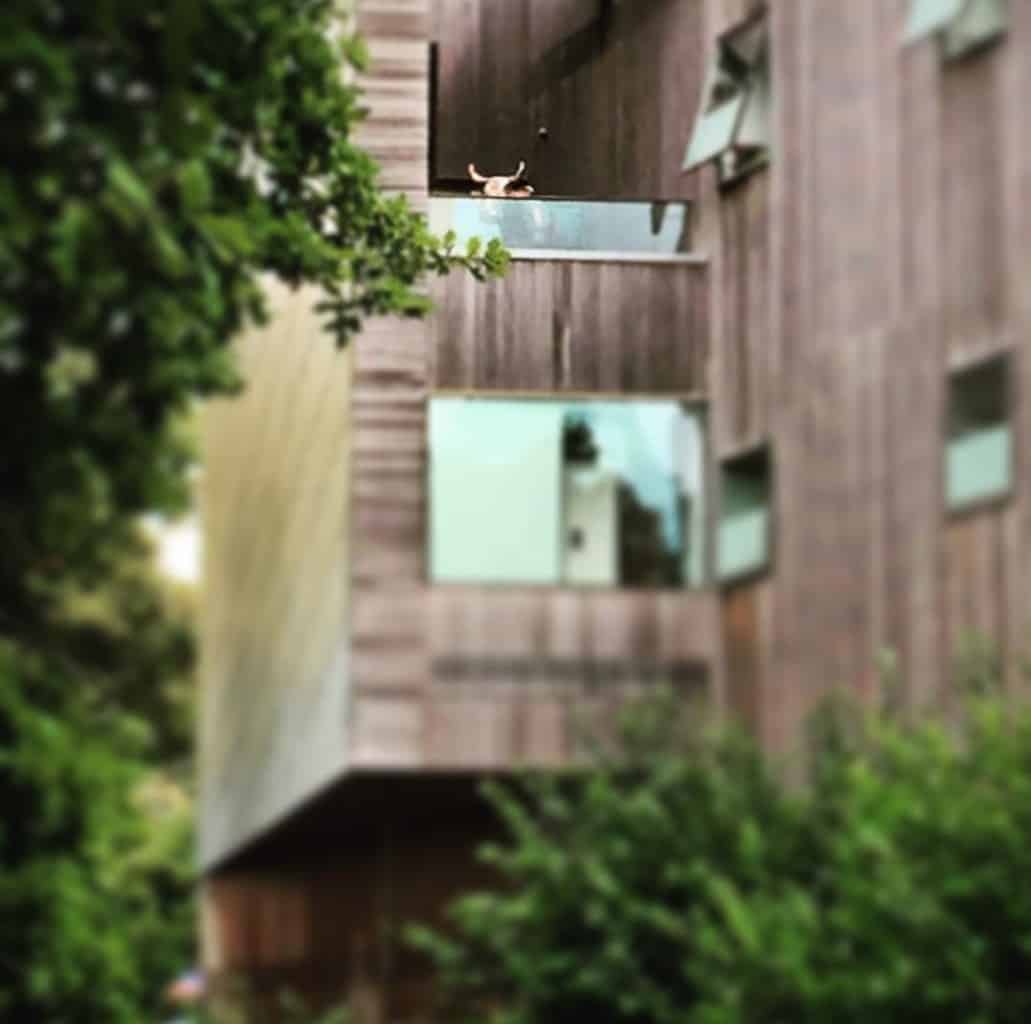